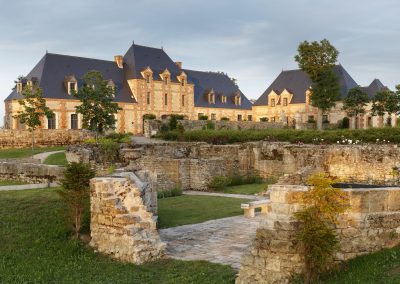 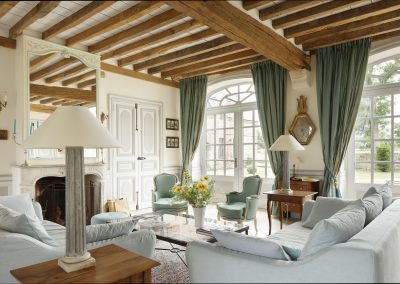 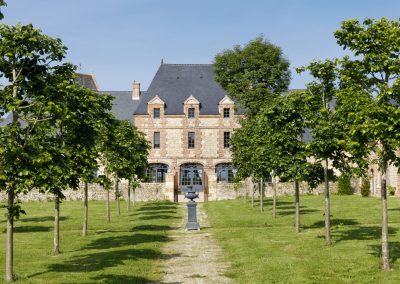 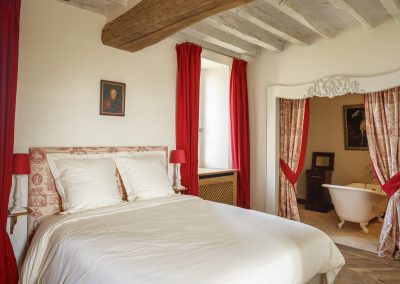 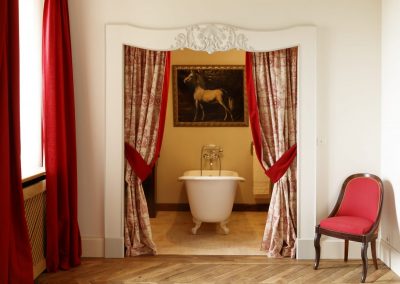 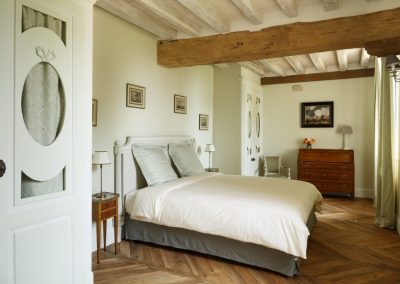 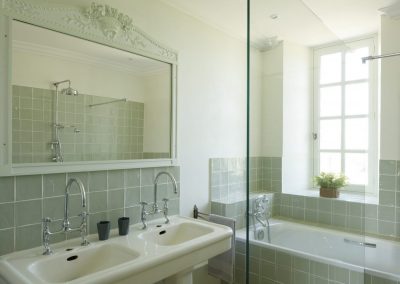 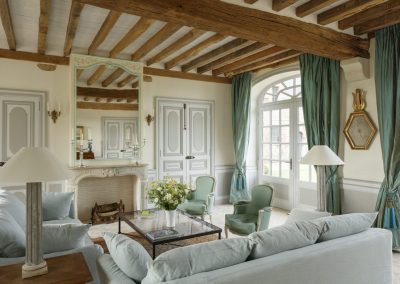 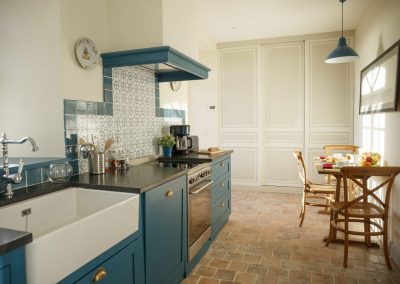 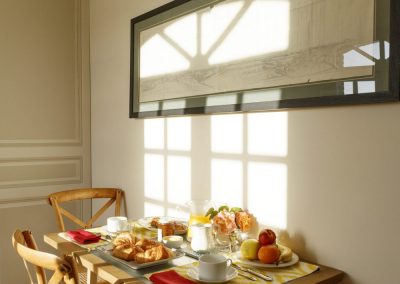 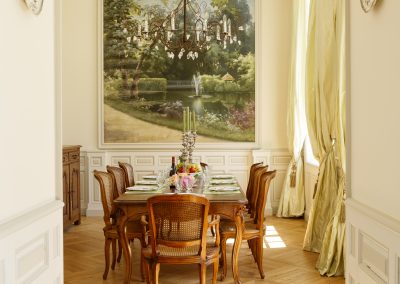 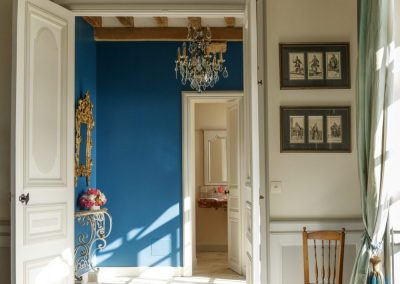 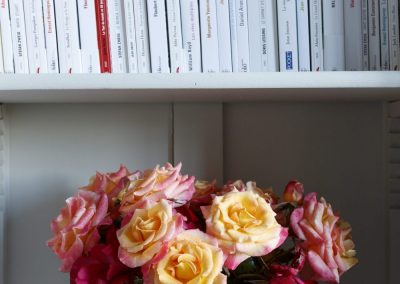 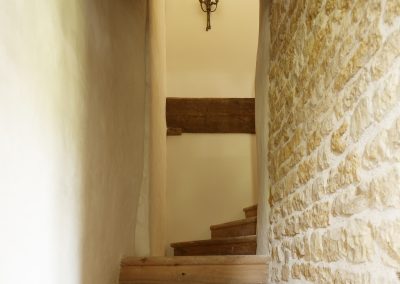 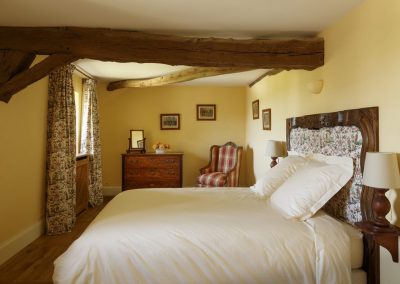 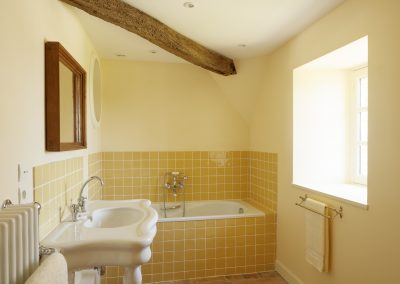 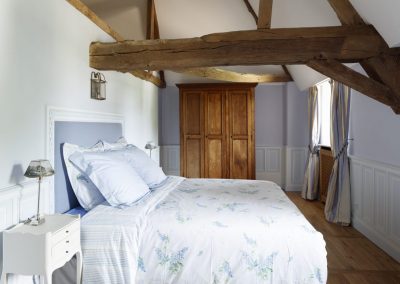 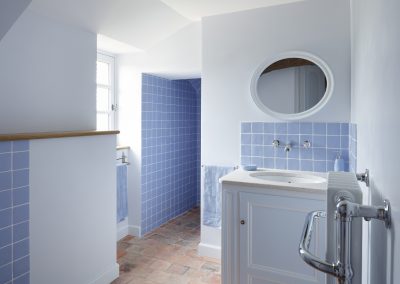 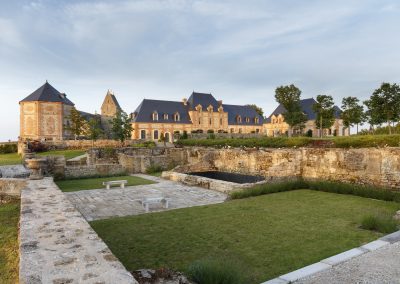 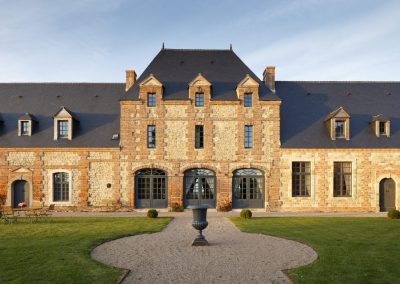 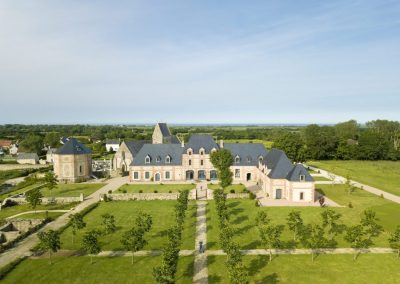 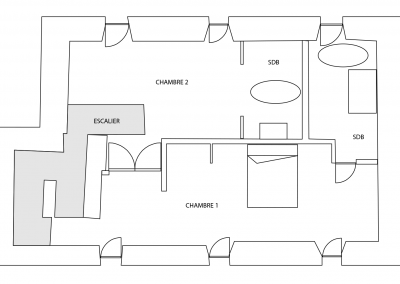 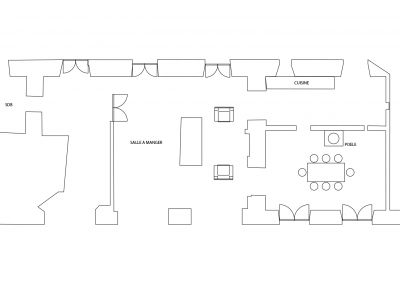 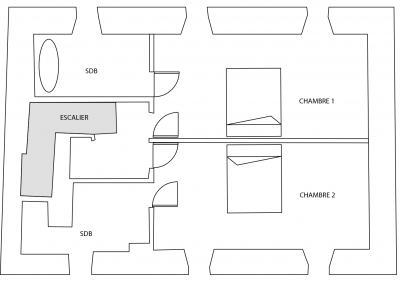 Pierres d’Histoire invites you to make a stop at the prestigious Manoir de Ravenoville for a memorable stay. This large family home dating back from the Louis XIII period can sleep between 4 to 8 people and will be particularly appreciated by architecture lovers and aesthetes.
Entering the Manoir, the beautiful woodwork as well as the classic decoration will immediately transport you to another time: that of a life in a château. The vast living room inundated with light, the silk curtains and the pastel colors are all reminders of the refined French “art de vivre” of the 18th century. Come and experience living in times past!

This big residence is ideal for quality time with family or friends. Winters days fly by too quickly, spending time playing games next to the cheery fireplace in the spacious living room, listening to the laughter of loved ones in the kitchen as delicious meals are being prepared. Followed by long evenings taking all the time in the world sitting together in the dining room enjoying the food and each other’s presence. As soon as the good weather is back and throughout the summer months, the magnificent park “à la française” would be the place to savor: for those early birds breakfast in front of the house whereas the more pensive ones may just sit and admire the amazing richness of the green environment.

More intimate than the boutique hotels in Normandy, le Manoir de Ravenoville will be your memory place where you are welcomed “just like at home”. Come on board with all your loved ones and experience an unforgettable stay! 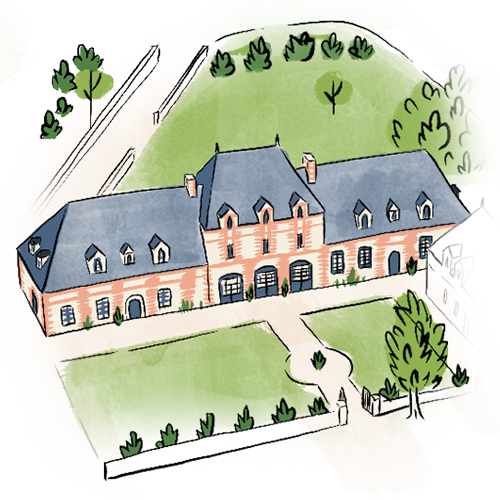 Look out of the kitchen window: the sea is beckoning you! Get on a bike and head off to the beaches of Ravenoville just 5 minutes away from the Domaine. This immense play park is the perfect spot for fishing on foot with your family (whilst respecting the regulations), a horse cavalcade or …. an introduction to sand yachting! From April to October Utah Mer Loisirs offers classes for beginners.
To continue your quest of a change in scenery, be sure to include an excursion to St. Vaast la Hougue, an adorable village labelled in 2018 as “preferred village” by the French. Its small fishing port and its winding streets will be charm you.
Between April and September continue to the other side of the coast, where you can admire the magnificent classified Gardens of Vauville, designed by the talented landscape architect Guillaume Pellerin and his wife Cléophée de Turckheim.
On the way back, stop in Valognes to visit Hôtel de Beaumont, one of most beautiful, private mansions of Cotentin and dine at L’Epicurien. The menu is simple but delicious and the staff absolutely adorable. However, be sure to book ahead!

When bought by Pierres d’Histoire, the central part of the estate of Ravenoville was a hangar for carts. With the help of the Bâtiments de France architect,
three magnificent arches known as “basket handles” overhanging on two levels were noticed on the facade. These were, no doubt destined for the storage of agriculture foodstuff.

From one end to the other, the majestic facades gives the building a look of a small 17th century castle despite the fact that it was thought these were simply the commons. Then, a few years later, it was found out that it was in fact THE manor and that only the wings were used for farming needs.

A decision was taken to renovate the building. Inside remained only two worm eaten wood beams and at twelve meters from the ground floor, a magnificent structure covered in mold and fungus. The roof was in a very worrying state as a lot of air and water was coming through it!

The construction work started with the restoration of the structure, keeping as close as possible to the original layout and conserving the Saint-André cross shape of the superior structure.

The only parts remaining from the staircase were the first three steps in stone and one worm infested oak wood step. They all needed to be redone and had to correspond very exactly to the projection of the stonework which had not altered. The floor levels were reconstructed identically and the condemned windows were re-opened. There are now four bedrooms and four bathrooms on the two floors.

On the ground level, three openings were made for the new rooms on the north side : an entrance, a hallway, a library, a living room and a dining room.

In each room architectural elements of the time are evident such as fireplaces and Regency mullions, terra cotta from Anjou and wood panels dating from the 18TH century.

Altogether, the renovation on this building necessitated an army of qualified artisans supervised by a stonemason and a carpenter. They used, just for this site, more than 30 cubic meter of old recuperated oak, and more than 10 000 bricks of a very particular shape and color, all handmade and found across France. 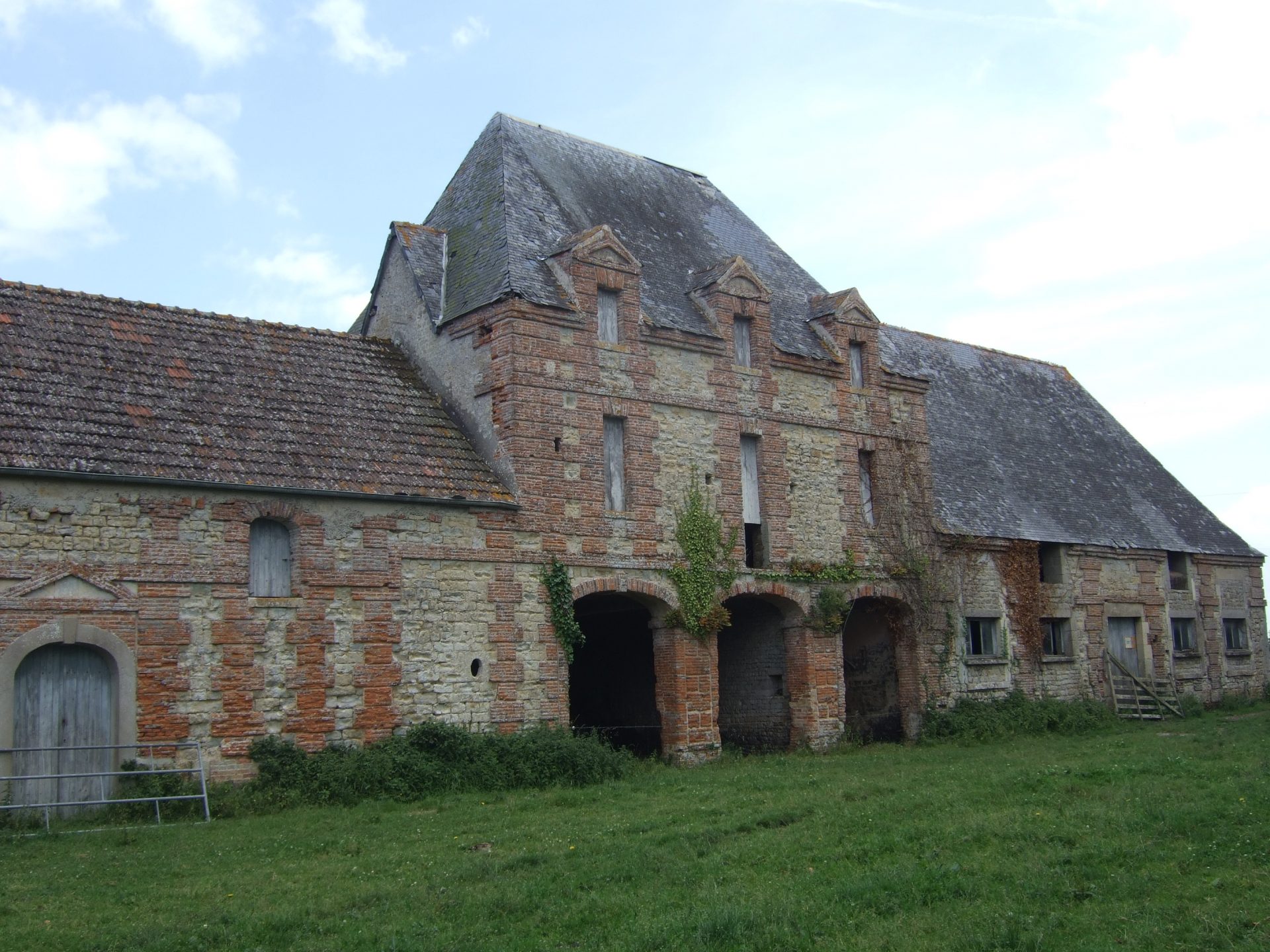