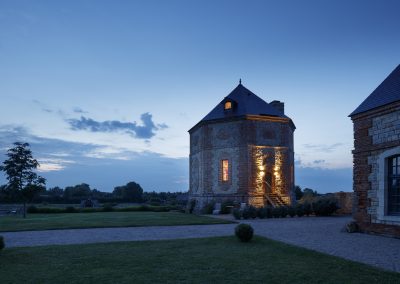 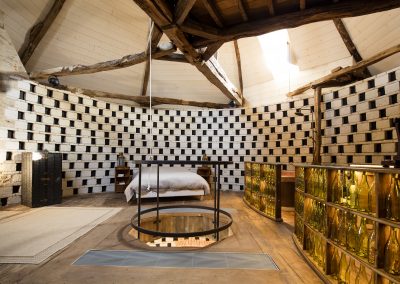 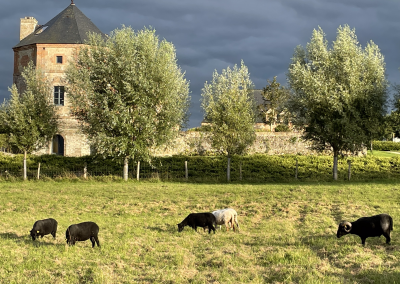 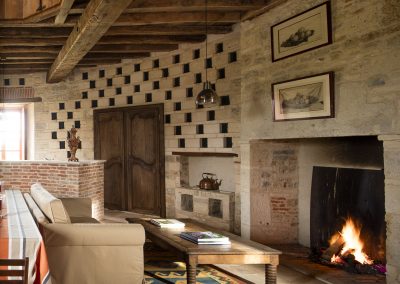 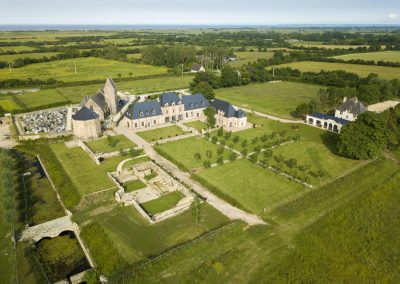 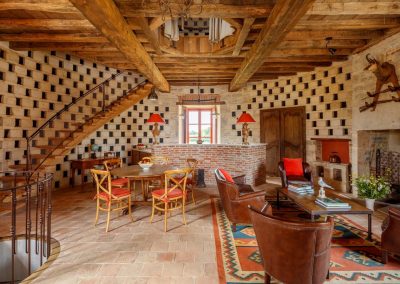 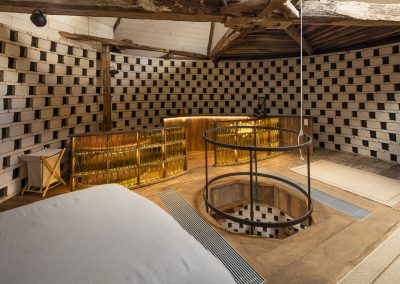 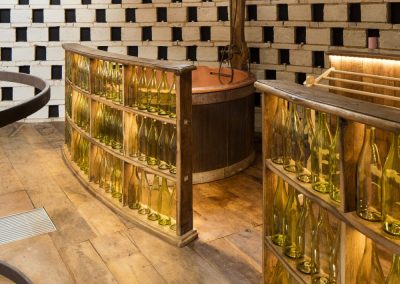 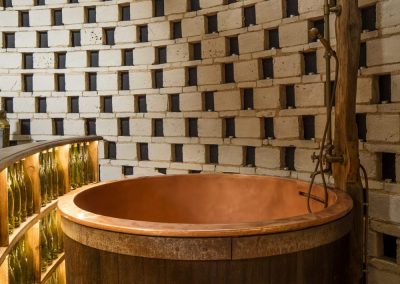 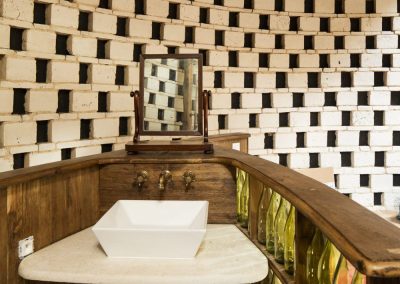 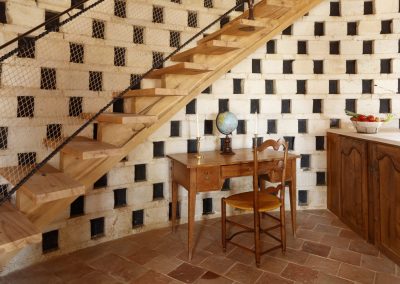 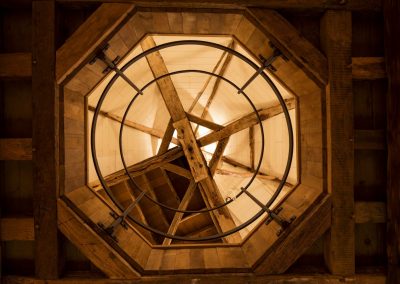 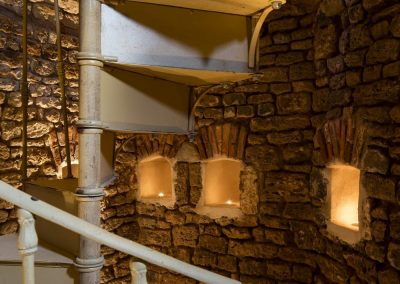 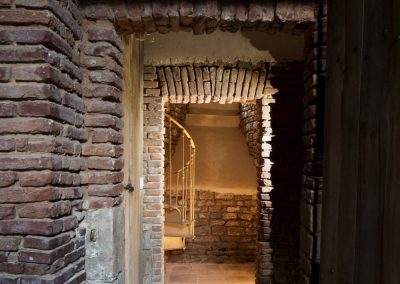 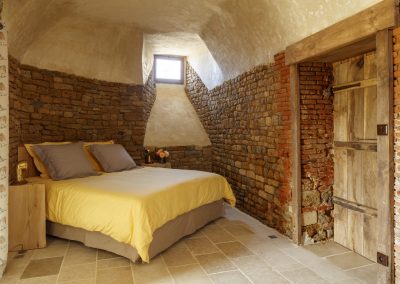 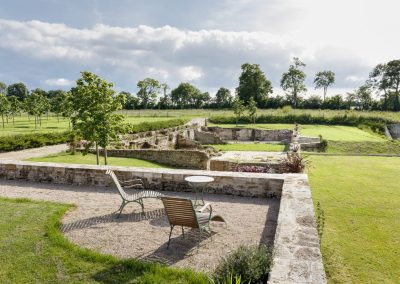 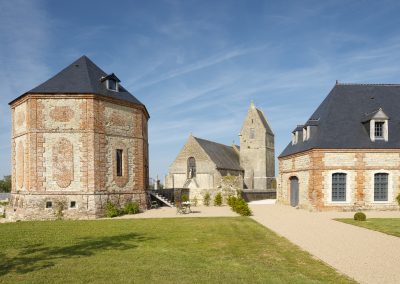 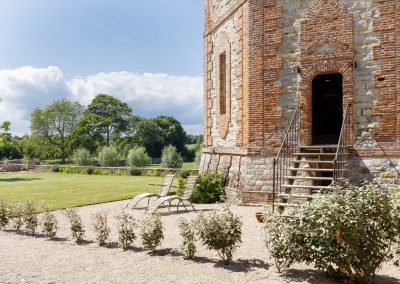 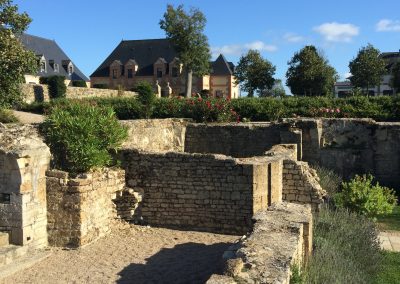 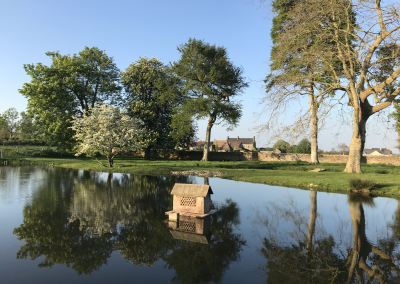 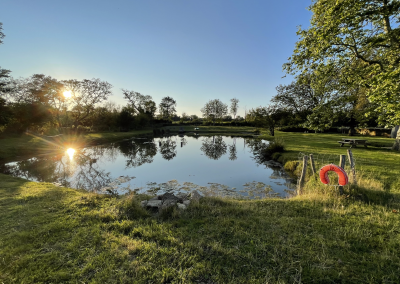 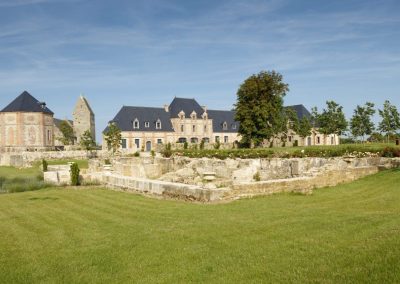 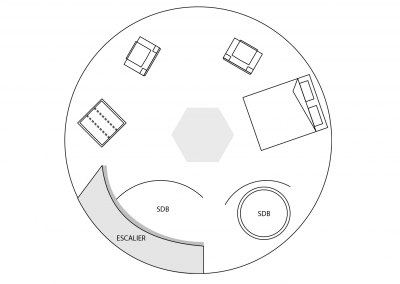 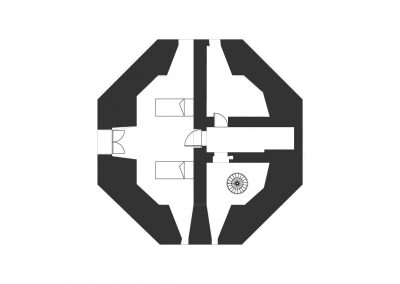 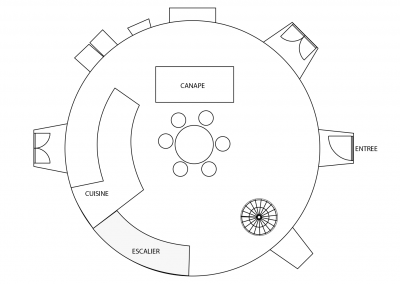 UNUSUAL ACCOMMODATION NEAR THE BEACH

Enjoy a private and unusual night at le Pigeonnier! A majestic hexagonal shaped edifice, le Pigeonnier, spreads on three floors and can accommodate up to 4 people. It is composed of one large round living room and two picturesque bedrooms with on suite bathrooms. On the walls, the over 2000 pigeonholes (pigeon nesting holes in the past) have all been entirely restored. In this extremely extravagant and rather sensational place resembling somewhat a hunting lodge, the warm tones of the decoration contrast with the walls of stone and brick creating a warm atmosphere rarely experienced.

Imagine taking a long days’ walk on the coasts of Normandy, whipped by the ocean air and the wind. Then going to your comfortable house and spending a quiet evening cuddled up to the fireplace. Perhaps before settling down a long soak in the immense round copper bathtub in the bedroom would tempt you? With your family or with your friends, make the most of this unique and atypical place in Normandy. Without a doubt, an unforgettable stay! 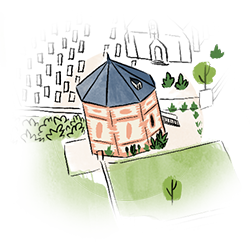 The sound of church bells gently wake you… Put on your lightweight down jacket and enjoy the morning mist whilst practicing your Vinyasa session outside. Admittedly the air is fresh but it will be sure to wake you up! After a generous breakfast set by Isabelle next to the fireplace in winter or on the terrace in summer, how about a game of tennis? You will find tennis rackets in the reserve, and just ask Damien for the keys to the tennis courts next to the Domaine. Continue on with a bike ride through the small paths of the marshes and streams. Once you have reached the sea, breath in deeply the sea-spray! If you have time, ride along the coast and just enjoy the view. Hungry after your hour and a half of bike riding? Perfect, because you can stop at the terrace of the Goéland in Réville (open between April and September) and enjoy their delicious tapas!
Roam le Cotentin and go towards Barfleur, one of the most picturesque villages of the coast. In Cherbourg, stroll in the port and visit the umbrella factory made famous by Jacques Demy in his movie “Les Parapluies de Cherbourg” starring Catherine Deneuve. On the way back, make a stop at Saint Vaast la Hougue, and fill up on local products at la Maison Gosselin. If it is dinner time, a wonderful place to dine is l’Epicurien in Valognes.
A little further away, about an hour from Ravenoville, do not miss the breathtaking views of Nez de Jobourg as well as Vauville and its gardens. By this time, you will be ready to relax next to the fireplace, and think about tomorrow’s excursion towards Sainte-Mère Eglise and Saint Marie du Mont. And then you can say that truly the Cotentin region is magnificent and that you will just have to come back!

The dovecote built in 1621 was habitable from the start of the 18th century. Abandoned for nearly one hundred and fifty years, Pierres d’Histoire started reconstruction in September 2013.

From then on, Pierres d’Histoire’s concern was to remain as close as possible to the spirit of the place. Nearly two years of work were necessary to achieve both an architectural coherence and an unusual result. The construction site included the workmanship of a stone mason and a carpenter working hand in hand to bring new life to this exceptional place.

Before starting the structural works, it was necessary to clean out the rubble from the dovecote as well as the hundreds of glass bottles left here and there by the Germans.

Then came the trickier job of cleaning the two thousand pigeonholes. These holes filled with over one hundred years of bird droppings were a challenge to clean as one can imagine.

Then the frameworks had to be refurbished and a new roof installed.

Finally, so as to make the Dovecote comfortable, modern conveniences were installed in such a way so as to not detract from the beauty of the original materials. 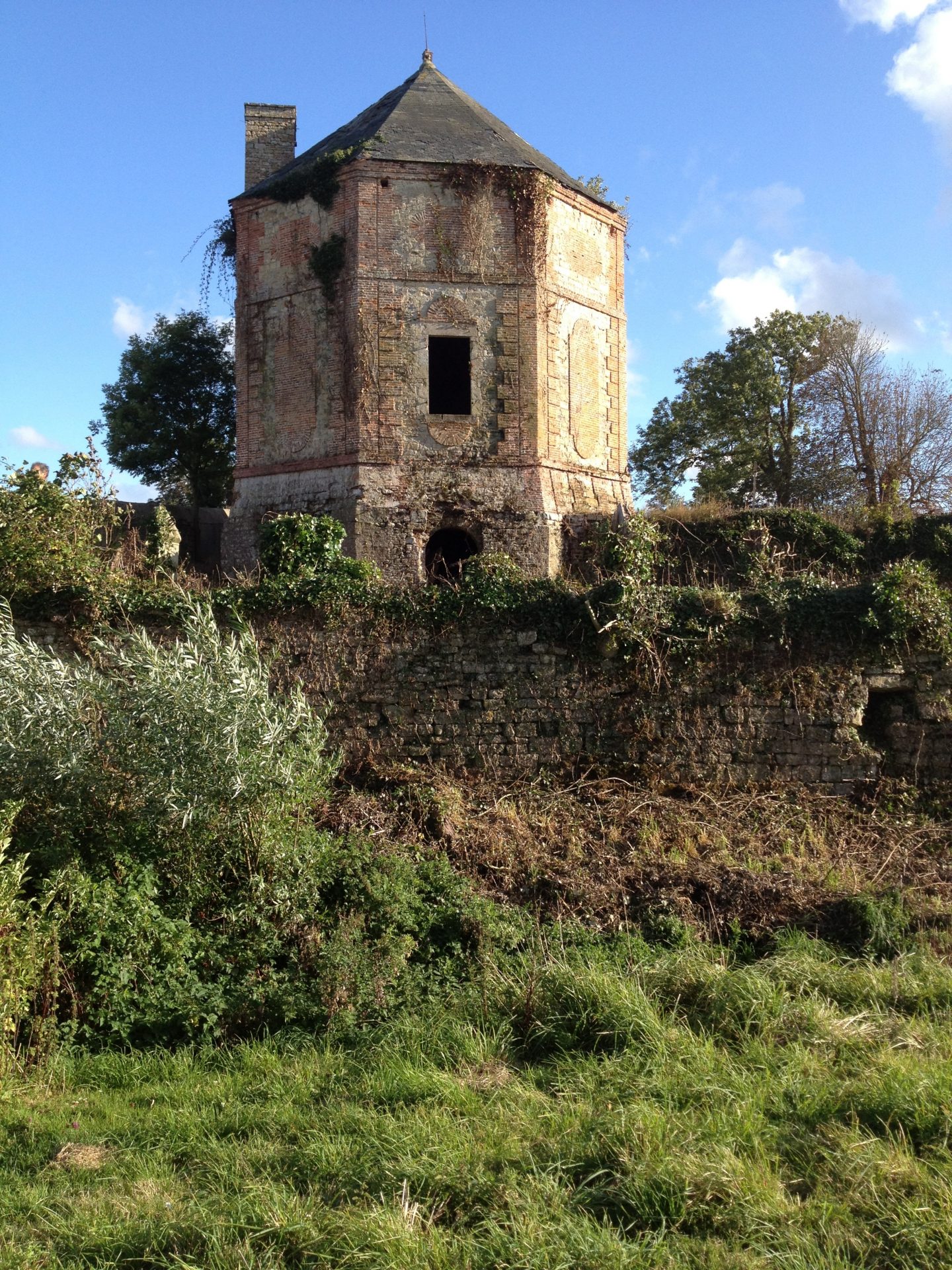